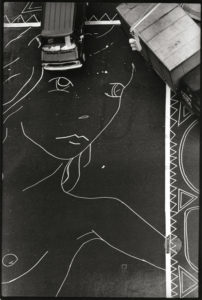 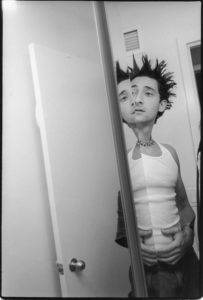 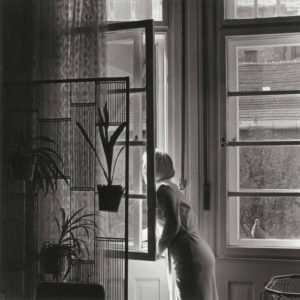 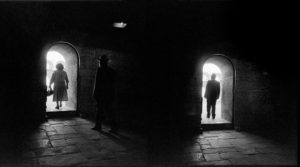 When Will It Be Tomorrow

“‘When will it be tomorrow?’ was what I asked each night, before my mother kissed me and turned off the light.  There was no answer – only a little girl, a breeze through an open window, and the celestial sky.” (Sylvia Plachy)

The exhibition, When Will It Be Tomorrow, evoking that memory, displays Sylvia Plachy’sphotographs spanning sixty years, from 1958 till 2018.  Communicating the various states of emotion that accompany the inevitability of waiting, with compassion and humor, Sylvia takes the viewer on a journey demonstrating her unique image-creating ability; she senses what is happening, and through her lens she casts a world on paper that gains life and tells stories without words. (Gabriella Csizek)

Sylvia’s photography can be read as a rebellion against the tyranny of sequential time. It is a heroic struggle to recapture the enchantment of direct, unmediated experience, where the experience is not the witnessing of an event, but the enchantment that is born from that direct connection between the photographer and what she sees. In the best of her work the subject is unaware that the photograph is being taken; there is no gaze, no posing, no premeditated composing. The subject of these pictures – as so often in great painting – is not the recording of what is seen, not even the photographer’s experience of it, but that magical connection between the photographer and her object. They are unscheduled encounters where truth is viscerally sensed even before its meaning is discerned. Indeed, it is that moment, before the birth of itsmeaning, before its arrival to its settled place in our consciousness, that places these pictures outside of time. These pictures, exuding warmth, immediacy and charm, are in fact deeply subversive of the instrumental rationality of our times. They speak of profound and unconditional love. (Excerpts from Kronos and Kairos, wall text by Peter Róna, Fellow. Black Friar’s Hall Oxford University)

André Kertész, her friend and mentor since Sylvia’s college years, said this about her photographs: "I have never seen the moment sensed and caught on film with more intimacy and humanity.”

The exhibition is produced by the Robert Capa Contemporary Photography Center, Budapest, Hungary, with support from L'Accademia d'Ungheria in Roma, Italy.

Sylvia Plachy was born in Budapest during World War II. Fleeing Hungary with her parents after the 1956 Revolution, she has been living in New York for most of her adult life. An award-winning photographer, her photographs are in many private collections and museums, such as the MoMA in New York City, the Minneapolis Institute of Art, the San Francisco Museum of Modern Art, the Houston Museum of Fine Arts, the High Museum of Atlanta and the Bibliothequenationale de France. She is known in New York City for her 30 years tenure staff photographer for the Village Voice. Her weekly column, UNGUIDED TOUR became the title of her first book, which won ICP’s Infinity Award in 1990. Her other awards include the John Simon Guggenheim Memorial Fellowship, a CAPS grant, the Dr.-Erich-Salomon-Preis for lifetime achievement in photojournalism, and the Lucie Award.

She has had one-woman shows at the Whitney Museum at Phillip Morris, the Queens Museum, the Boca Raton Museum of Art and the Minneapolis Institute of Art, and at galleries in Berlin, Paris, Budapest, Berlin, Manchester, Atlanta, Ljubljana, Tokyo, Cluj-Napoca, Charlottesville, Los Angeles and New York City.

She has had features and photo essays published in magazines and newspapers around the world including Vogue, The New York Times, Metropolis Magazine and The New Yorker.

Books: Unguided Tour, Red Light, Out of the Corner of My Eye, Goings on About Town, Signs & Relics and Self Portrait with Cows Going Home.

Sylvia is married to retired history teacher, Elliot Brody, and is the mother of actor, Adrien Brody

From June 22th to September 2nd