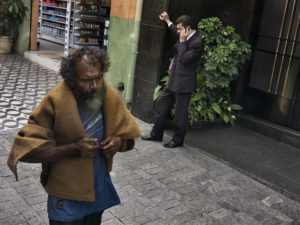 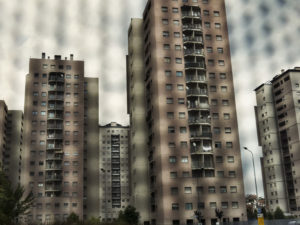 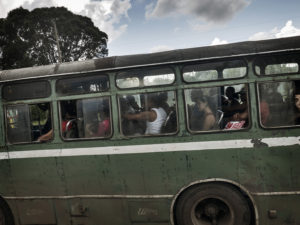 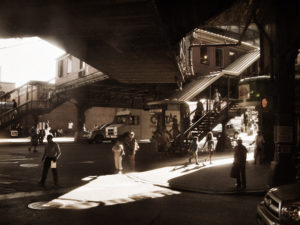 The Buzz Project represents a symbolic portrait of the contemporary metropolis and its inhabitants, as seen through the moving frame of the public bus window.

The work is conceived as a multi-series documentary project, with the ultimate goal of composing a complex and multifaceted metaphor of urban life as we know it. One by which to address contemporary issues with far-reaching consequences impacting the life of future generations, such as urbanization, social inequalities and the environmental conditions of urban habitats in general.

The choice of the bus becomes a statement of purpose. A powerful democratic symbol in itself (bus is short for omnibus, “for all”, in Latin) and a ubiquitous element of the global urban landscape, the bus and its route become markers of a metropolis’s social level of (in-)equity and of its (un-)sustainable growth pattern.

The Buzz Project series is an ambitious attempt at documenting the contemporary urban ecosystem and its dwellers: the urbanites and the urbanized, the as they live, prosper or simply survive in a globalized urban habitat across the world, at a time of an unprecedented and ever expanding planetary-scale urbanization.

The Buzz Project is a work-in-progress that aims to build a visual narrative with multiple developments: it is simultaneously a subjective vision and a universal document constructed to prompt perhaps unanswerable questions and to encourage deeper reflection about the present and the near-future state of the human condition.

Alessandro Cosmelli is a documentary photographer and visual artist born in Livorno, Italy.

His research is focused on the interactions between the individual and their community in a globalized world.

Alessandro has published five monographic books including Oltrenero (Contrasto, 2009) and Brooklyn Buzz (Damiani, 2012), both awarded by the Pictures Of the Year International (POYi) among the best photography books of the year.

He is currently based between Miami and New York.

Born and raised in Rome, Italy, Gaia Light received a degree in Law from La Sapienza University, Rome, and subsequently chose to pursue an artistic career devoting her professional efforts to the visual arts and documentary photography and videography, depicting and researching the interactions between the singular human psyche and the world-at-large with socially driven photo-reportages and personal researches and investigations.

She works primarily as a visual artist and, since 2010, with the birth of the Light TV project, as a filmmaker. Gaia Light’s photographs and artworks have been extensively published and exhibited internationally.

She currently lives and works between Miami and New York.